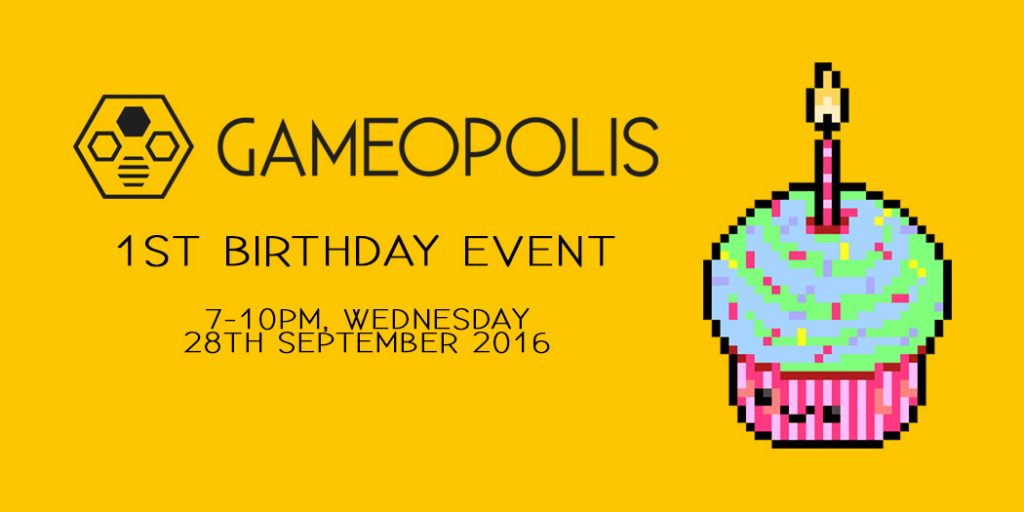 On September 28th we are hosting Gameopolis‘ first birthday in The Campus.

The event is sponsored by Playground Squad, who are based at The Sharp Project.

Please see below for more details:

Anyone with an interest in the video games industry, Greater Manchester and the North West.

Ago has worked in the games industry for over 16 years at companies including THQ, Sega, and Playstation. Now the ID@Xbox Regional Lead – EMEA, he will be talking to us about how we can work with Xbox.

A local developer will talk about their upcoming new game(s)

We will also have multiple demo games from local developers including:

HOW TO FIND THE SHARP PROJECT

The Sharp Project is home to over 60 digital entrepreneurs and production companies specialising in digital content production, digital media and TV and film production. It’s based in a 200,000 sq ft refurbished warehouse previously occupied by electronics company Sharp, It offers flexible office, production and event space at affordable prices.

Multiple video game companies are based at The Sharp Project, including Fabrik Games, Sigtrap Games, and Boomdash.

The Sharp Project is situated next to Central Park tram station, just a 10 minute tram ride from Manchester city centre or there is plenty of parking on site.

The event is free to attend but you must pre-register. Please click here to book your place now!